Maurice Lacroix may be relatively young in terms of Swiss watchmaking brands, having been established in 1975. However, the Maurice Lacroix name very quickly forged a place for itself at the top of the Swiss-made luxury watch market, developing an innovative style that combines traditional precision craftsmanship with the latest technologies and creative ideals.

Maurice Lacroix has an international presence that spans over 60 countries and more than 4,000 points of sale. Maurice Lacroix watch prices at The Watch Hut span from the affordable yet stylish Eliros line for men (£490) and women (£445), to the latest in the Pontos range at £3,630.

The Maurice Lacroix watches brand was launched in 1975 as part of the much older Desco von Schulthess company based in Zurich. The roots of Desco are originally within the silk trade, but from 1946 the company branched out into the luxury watch market, representing brands including Heuer and Jaeger-LeCoultre.

An assembly facility was acquired by Desco in 1961 in Saignelégier in Jura to produce watches for third parties, which would later become the base of operations for Maurice Lacroix watches. The brand Maurice Lacroix was launched in 1975, named for one of the board members of Desco. 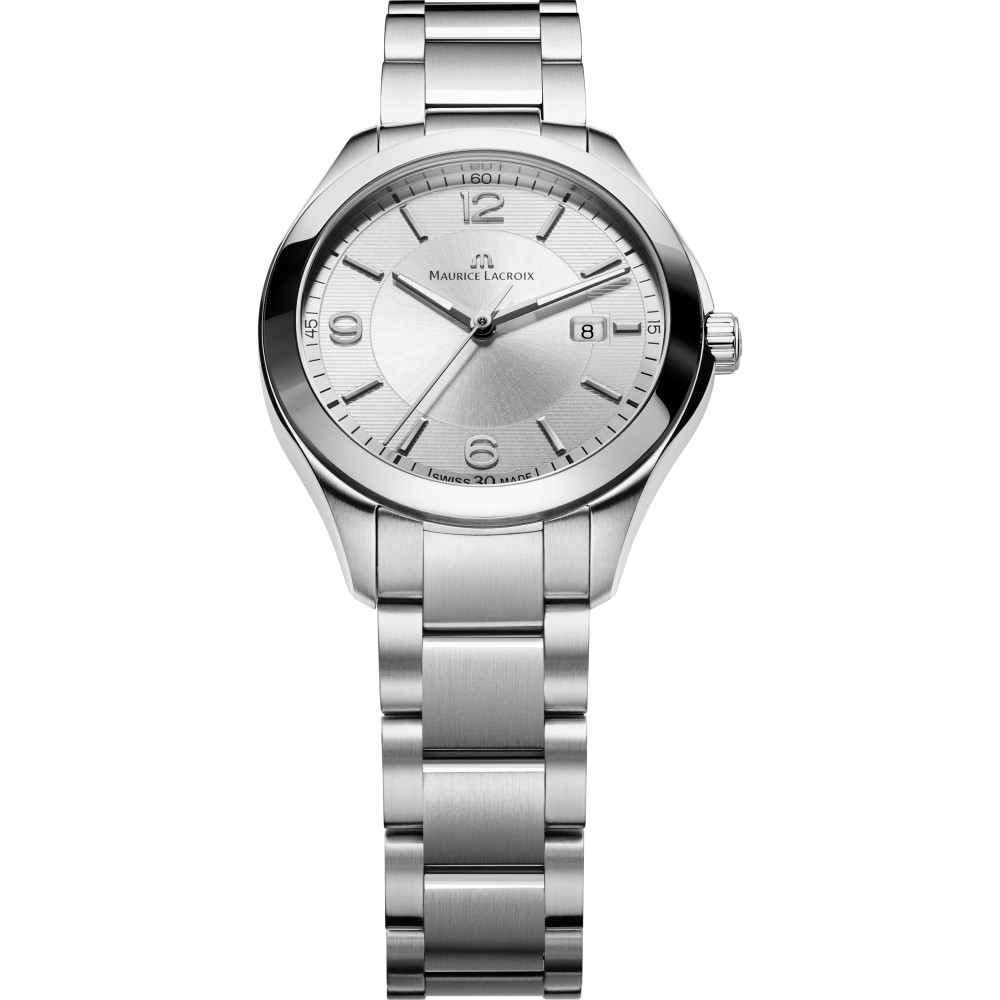 In 1989, watch case maker Queloz S.A. was acquired by Maurice Lacroix, making the brand virtually unique among Swiss luxury watchmakers through having its own in-house case production facility. 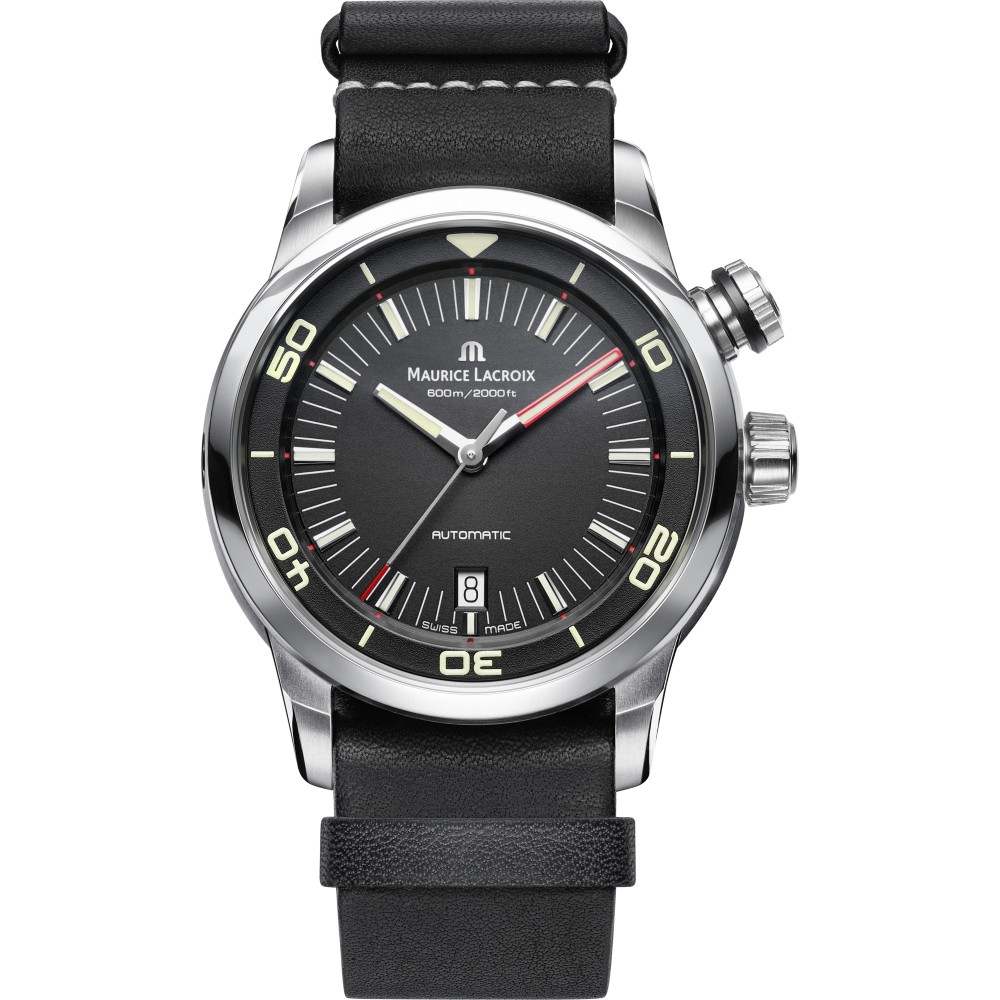 The launch of the Les Mécaniques watch line in the '90s saw Maurice Lacroix escalate its already rapid ascent to the top of the luxury watch market. The line, which was later renamed the Masterpiece Collection, began the tradition of creating watches with innovative and surprising functions and complications for which the Maurice Lacroix brand is best known today. 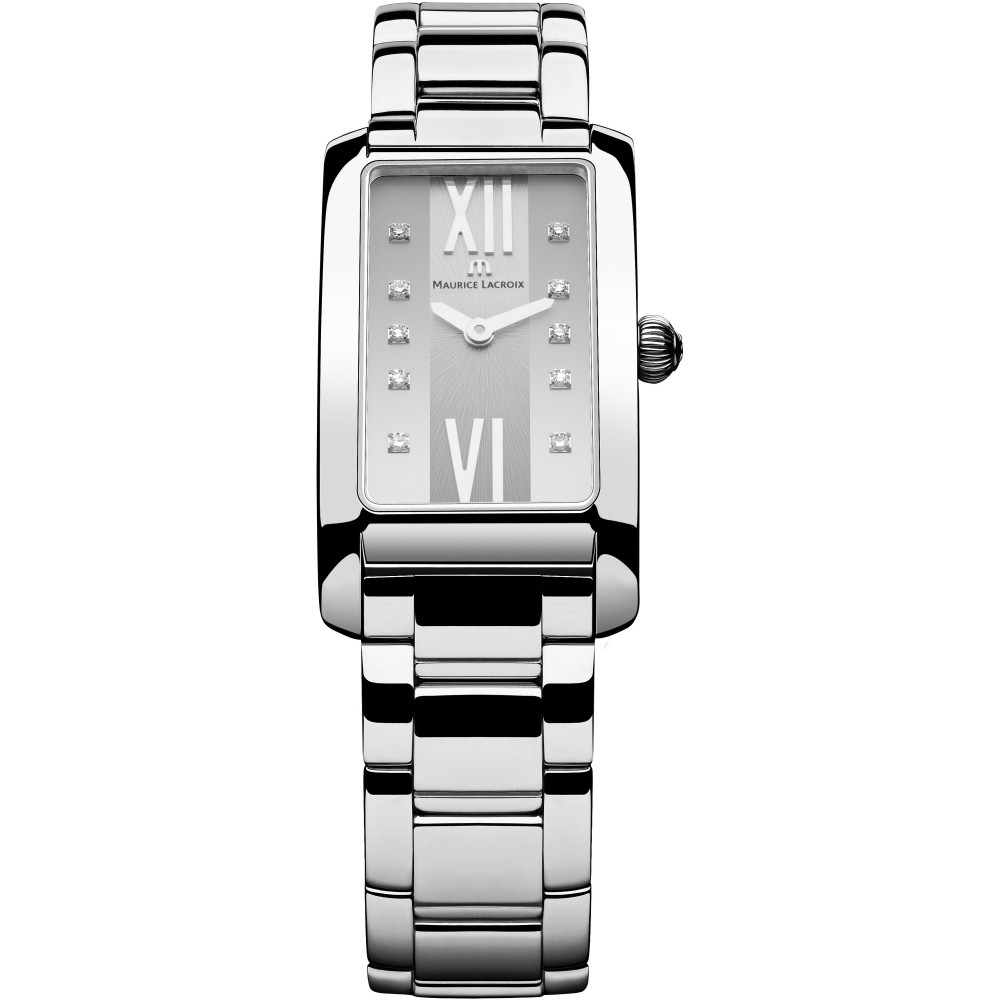 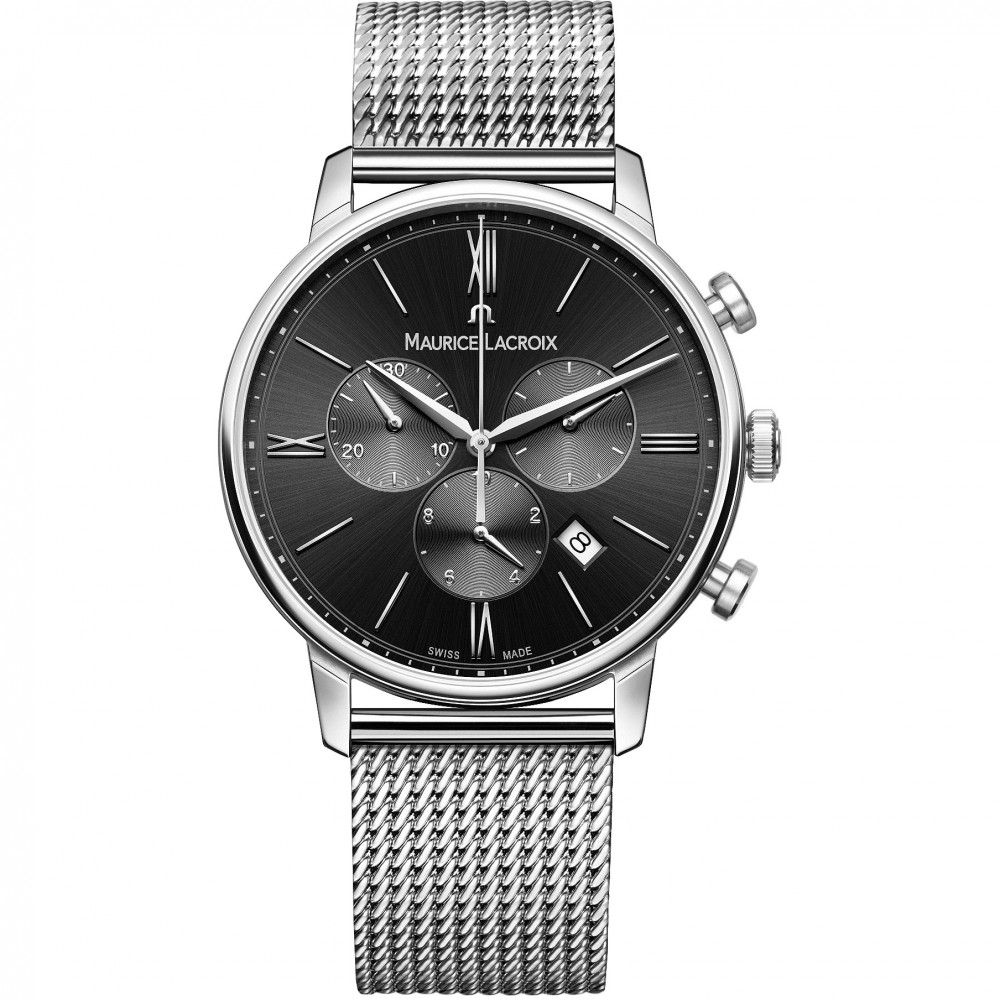 Synergising the Best of Old and New

One of the brand characteristics of which Maurice Lacroix is most proud, and one which understandably appeals to a young, on-trend demographic, is the synergising of the best of old and new. Traditional craftsmanship, old-school design values, and classic proportions are combined with contemporary aesthetics and modern technologies. This mix of old and new, serious and sexy in the Maurice Lacroix wrist watch, has a sharp appeal that is both business-like and fashionable. 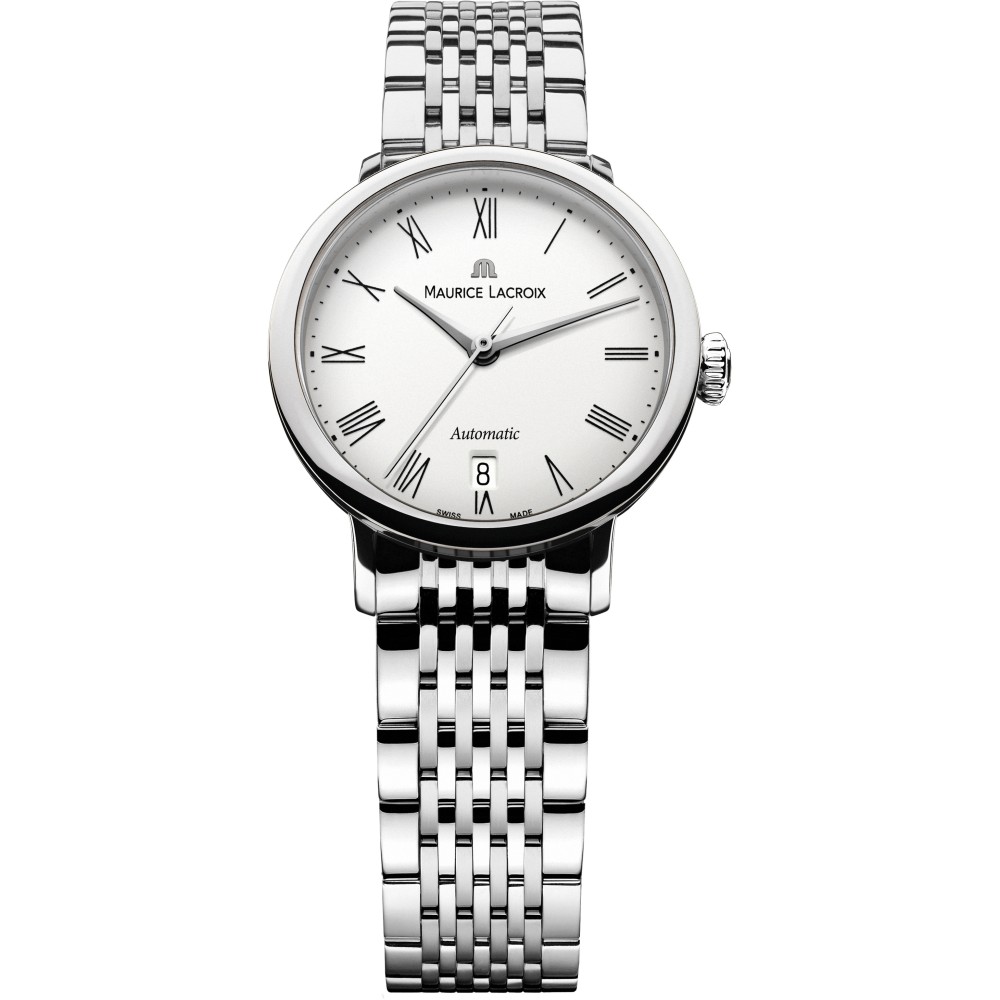 Every single component of every single watch is created in-house by the Maurice Lacroix experts, utilising not only knowledge passed down through generations of watchmakers but also the latest CNC technology. This expertise and equipment results in an attention to detail that is not often found elsewhere.

The complexity of the Maurice Lacroix mechanical timepieces emphasises the creative drive of the brand, with each individual part crafted to the most exacting standards, no matter how tiny that part happens to be. 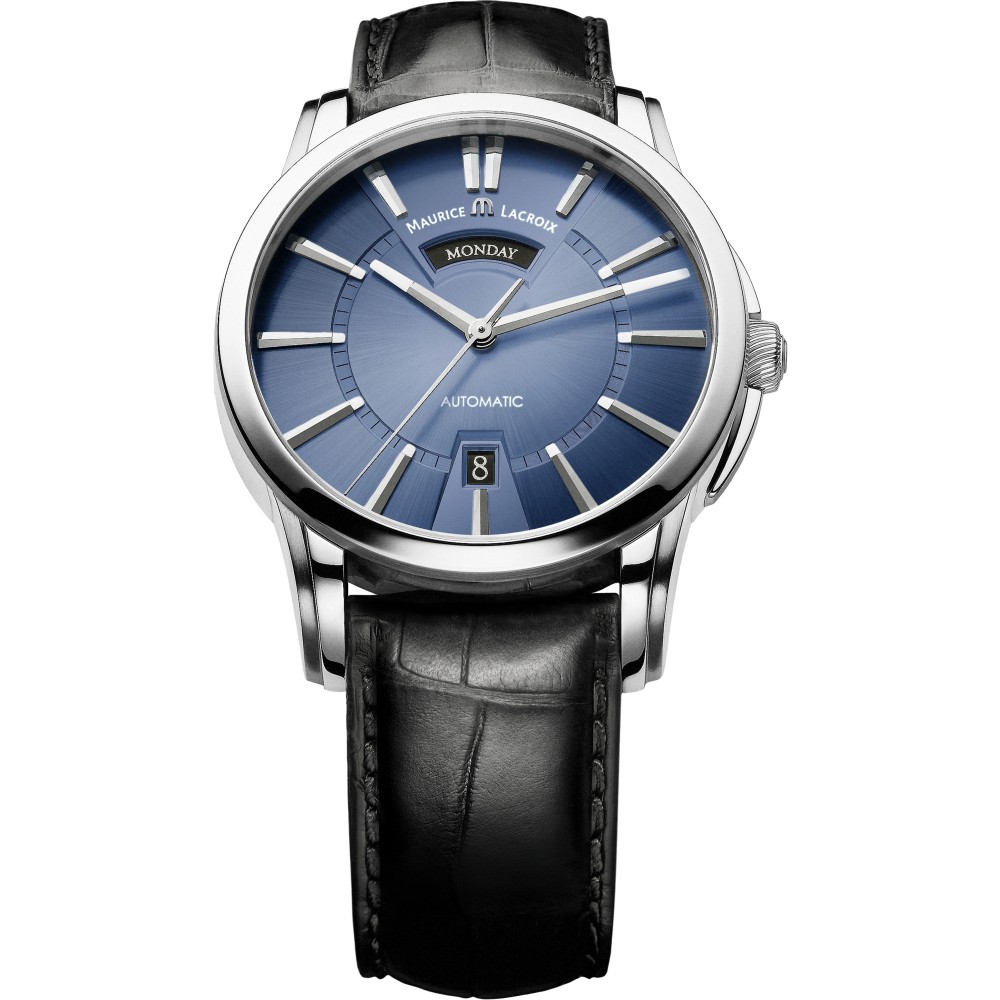 The brand is also the official watch partner for both the Red Bull Cliff Diving World Series and for FC Barcelona. The Aikon is the favourite piece of Australian Olympic swimmer James Magnussen. 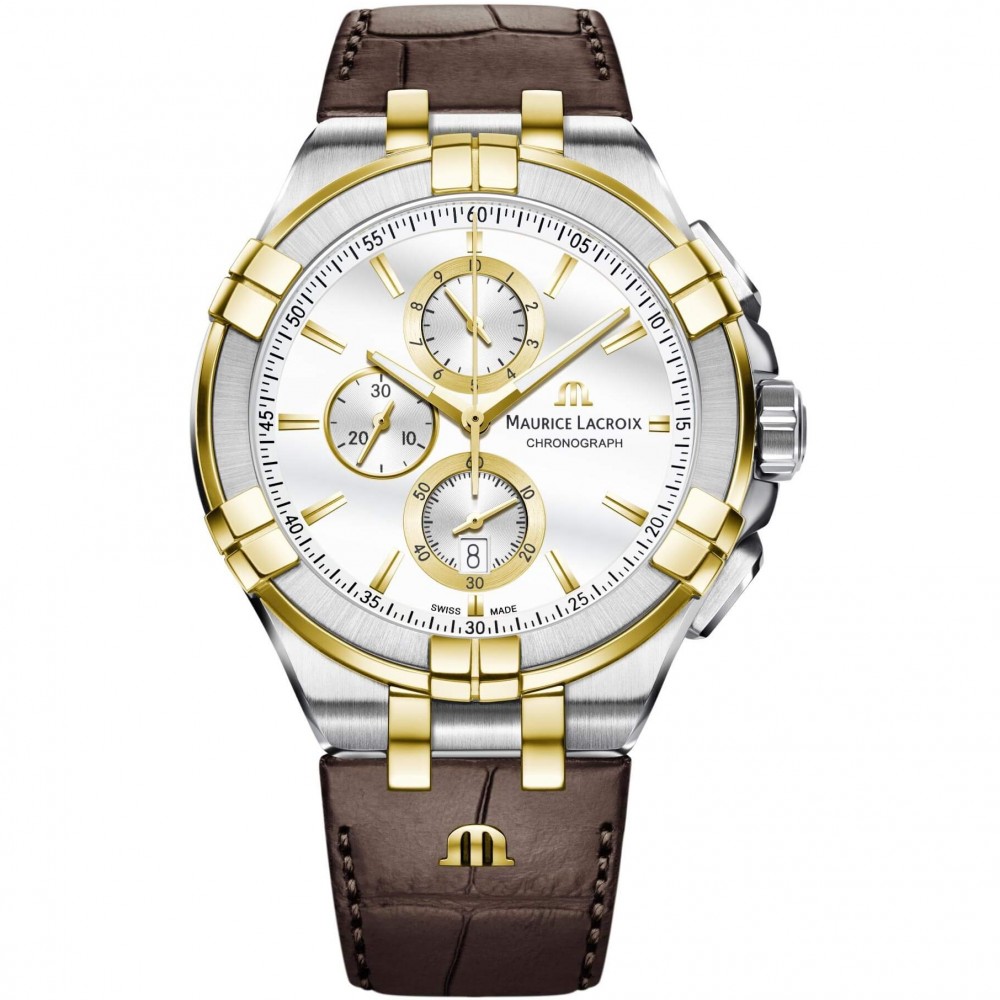 By clicking “Accept All”, you agree to the storing of cookies on your device to enhance site navigation, analyse site usage, and assist in our marketing efforts. Preferences can be adjusted in Cookie Settings. View our Cookie Policy

When you visit any website, it may store or retrieve information on your browser, mostly in the form of cookies. This information might be about you, your preferences or your device and is mostly used to make the site work as you expect it to. The information does not usually directly identify you, but it can give you a more personalised web experience. We use Strictly Necessary cookies to make our website work. We would like to set optional cookies to give you a better user experience and to assist us in understanding how visitors use our site. Because we respect your right to privacy, optional cookies are not set unless you enable them. Click on the different category headings to find out more and change our default settings. Blocking some types of cookies may impact your experience of the site and the services we are able to offer. You can always change your preference by visiting 'Cookie Settings' at the bottom of the page.

These cookies are necessary for the website to function and cannot be switched off in our systems. They are usually only set in response to actions made by you which amount to a request for services, such as setting your privacy preferences, logging in or filling in forms. You can set your browser to block or alert you about these cookies, but some parts of the site will not then work. These cookies do not store any personally identifiable information.
Cookie details

x
These cookies are necessary for the website to function and cannot be switched off in our systems. They are usually only set in response to actions made by you which amount to a request for services, such as setting your privacy preferences, logging in or filling in forms. You can set your browser to block or alert you about these cookies, but some parts of the site will not then work. These cookies do not store any personally identifiable information.
+ TheWatchHut
Name: TheWatchHut
Description: Session Cookies
Storage: SESSION
Cookie Pattern: sessionid,watchHutCookie,S{guid}
Link: https://www.thewatchhut.co.uk/cookies

These cookies enable the website to provide enhanced functionality and personalisation. They may be set by us or by third party providers whose services we have added to our pages. If you do not allow these cookies then some or all of these services may not function properly.
Cookie details

x
These are used to recognise you when you return to our websites. This enables us to personalise our content for you, greet you by name and remember your preferences (for example, your choice of language or region).
+ Zendesk Live Chat
Name: Zendesk Live Chat
Description: Customer Services web-chat tool
Storage: SESSION
Link: https://www.zendesk.co.uk/company/agreements-and-terms/cookie-policy/

These cookies may be set through our site by our advertising partners. They may be used by those companies to build a profile of your interests and show you relevant adverts on other sites. They do not store directly personal information, but are based on uniquely identifying your browser and internet device. If you do not allow these cookies, you will experience less targeted advertising.
Cookie details

x
These cookies record your visit to our websites, the pages you have visited and the links you have followed. This information will be used by us and third parties to make our websites and the advertising displayed on it more relevant to your interests, preferences and past activity. We may also share this information with third parties for this purpose but only if you consent to such sharing.
+ AWIN
Name: AWIN
Description: Tracking for Affiliation
Duration days: 30
Storage: COOKIE
Link: https://www.awin.com/gb/legal

These cookies allow us to count visits and traffic sources so we can measure and improve the performance of our site. They help us to know which pages are the most and least popular and see how visitors move around the site. All information these cookies collect is aggregated and therefore anonymous. If you do not allow these cookies we will not know when you have visited our site, and will not be able to monitor its performance.
Cookie details

x
These cookies allow us to improve the functionality and experience of our site, these include third party cookies which collect information to help better tailor our advertising to your interests, preferences and past activity.
+ Google Analytics
Name: Google Analytics
Description: Analytics tracking
Duration days: 730
Storage: COOKIE
Link: https://policies.google.com/privacy?hl=en_US